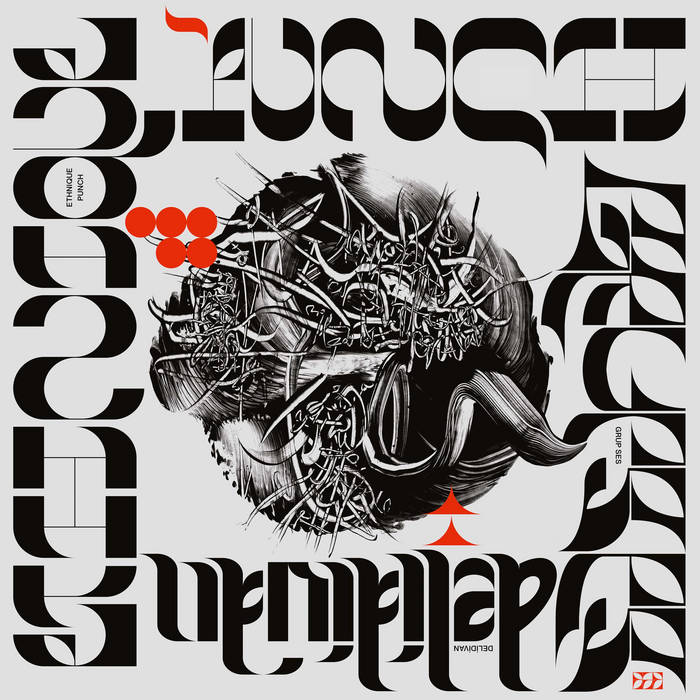 Last year we welcomed Grup Ses to our sister label Sucata Tapes with “Program #01”, a mystically mixed soundtrack of far-out new age and film soundtracks from Turkey circa 1986. A new set of Turkish delights were prepared for this year's release. “Deli Divan” it’s a two-part record with incredibly crafted beats that tell a different story depending on the version you chose to listen.
A side captivates by its voracity. Hi-tech and fierce beats drop with the sharp voice and flow of Ethnique Punch, delivering 14 – yes, f-o-u-r-t-e-e-n – short and punchy tracks. The diggin’ liveliness of Grup Ses is well present in the samples used, manufacturing beats that serve well the fast paced and nocturnal voice of Ethnique Punch. The first part of “Deli Divan” is pretty much a straight story. A good one.
But then comes the surprise. The other side. The same fourteen tracks without voice, just the beats. And here “Deli Divan” tells a completely different story. It loses the emergency, darkness and robustness of the A side, specially because the beats float on a limbo without a voice. But that limbo reveals the straightforwardness of the beats created by Grup Ses for this record. There’s a hidden narrative here, without the voice the short tracks connect like an outer world radio broadcast. But there’s no narrator. Just time-travelling beats that interlink past, present and future, synthesising complex ideas in short bursts of 1 or 2 minutes. Delight it is.

Ethnique Punch:
Al'Eksan is a producer, mc and videographer who makes his own music and videos. He released 3 instrumental and 5 rap albums such like Sarhos Baykus (2012), Monokrom (2015), Vinyet LP (2016) and singles throughout his search of old ethnic melodies within musical and linguistic dimensions. Meanwhile he kept experimental and trippy hip hop as the prime element of his music and blended it with multiple genres within his productions, remixes and dj selections. He created a unique style on solo works, beside that he met too many appreciated musicians. Also he came up with a distinguish lyrical expression where entangled metaphors from cultural, philosophical, social, and political background are blending with his deep voice and trippy beats. Also his alter-mind project so-called Supreme Figur basically focused on figurative samples around sonic experiments. At the same time, he was making short movies, music videos involved with different styles of videographics. Ethnique Punch has widened fanbase and experience inside and outside of Anatolia via his gypsy tours and performances where he leads the audience into a mystical journey since'13. Beside all, after he graduated from Anadolu University, Cinema-TV Department, Al'Eksan is doing his Master's Degree on Digital Media at University of the Arts Bremen since 2017.

Featuring Oakland sounds from the Smart Bomb collective and Samplelov.