by Only Now & Orogen 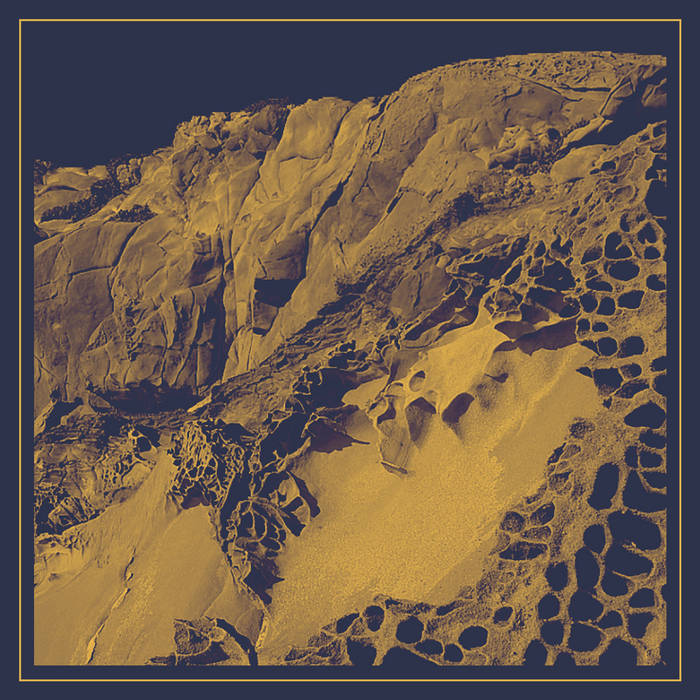 "Unearth I and II" carves tunnels of resonance which mimic the cosmic proportions and monolithic movements of exoplanet existence. Slow, but unpredictable howls, lurks, and .00001 BPM rhythms visualize the life between the dust and atoms. Symphonies and loading docks echo a million miles away: slowed beyond belief, compressed into rhythmic ambience and flattened to unearthly oblivion. As the compositions grow on into side B of the cassette, the zero BPM landscape slowly transforms into cycles, distinctly organic and tribal, slipping out the very last, or the very first primitive signs of life on a planet, not of our own.

Only Now (Kush Arora) and Orogen (Lucas Patzek) grew up together in the San Francisco Bay Area, and have been collaborating on ambient and experimental sound projects for 19 years. In high school they began manipulating and arranging audio from minidisc field recordings, first-generation software synths, hardware samplers and FX pedals, and homemade contact mics. The sonic innovators that inspired their early work include Zoviet France, Brume, Lustmord, Alio Die, Haujobb, and Hafler Trio. They were drawn to the occult music scenes of California and beyond, and performed together from their teenage years through their 20’s at a variety of venues, from outdoor music festivals to artsy fashion shows.

Fast forward to 2015: the duo returned to the studio intending to craft some rhythmic compositions. They laid down some pummeling metallic drum work using physical modeling VST's and synths to create what can be described as WAX TRAX records meets Pole. They then decided to shatter and reform these on-time compositions, and the journey began into the aural nature of outer being, power music; drawing textures from the deep earth and subconscious.

''A self-titled debut filled with the manipulated field recordings of San Francisco artists Only Now & Orogen (Kush Arora and Lucas Patzek) is now out on Discrepant/Sucata Tapes (Cassette and Digital formats). These guys admit they’ve been inspired by Zoviet France, Brume, Lustmord, Alio Die, and Hafler Trio. Since I’ve worked with, or reviewed these noted veteran sound benders at some point or other, with CPU revved and ready (theirs and mine), and with open ears, let’s go.


BEYOND THE SURFACE: This tape consists of two lengthy tracks, Unearth I and Unearth II, both recorded in 2017 in the Bay Area. Opening slowly, the dusky slightly corroded drone goes in two directions. They add muted percussive effects that drag and walk about. The space smoulders in shadowy textures and patterns that ignite breathy tones. Interspersed with a certain alluring darkness the track conjures an uncertain make believe. At times this sounds lost at sea, with the drowned out fog horn style synth, sudden splashes and a cavernous echo. It reminds me of a few of the aforementioned influences, however, it’s distinctly its own journey. Like a wheel, turning, kept in motion, the effects seem endless until they blend into the background, a layered sonic wall of watery, dizzy drone. The thickness in the air is tangibly claustrophobic.

On Unearth II the scope seems to be virtually limitless. It takes its time to deploy big step percussion, like a bass drum that enters under and over the raspy sound effects. The duo keeps you on edge, though most of this is truly an ambient track in a levitated distortion where we, the listeners, witness all of its sides and broken edges. It’s quite asymmetrical and organic in this light. As the layers dissolve, slowly, steadily, a rocky surface is exposed, with microstatic and an active engine. The last few minutes of the piece is worth the full price of admission. They add a slithery vibe that is warm and dank, as if some gigantic crater of organic materials was recently exposed to light, unearthed as it were, and that seems the point of the venture, to uncover the hidden objects, the secrets.'' by Toneshift toneshift.net/2018/06/18/only-now-orogen-s-t/